One of the perks of living in Mallorca is the pleasure of integrating naturally grown Mediterranean food into our diet. It is a simple and healthy way of living that we are all accustomed to, but do not take for granted. A good example of this includes the never-ending amount of delicious Mallorquin olive oil that quickly becomes an integral part of your diet.

The Greeks, Romans, Carthaginians, and Phoenicians all cultivated olives on Mallorca. In the 15thcentury, when the island was taken back by Christians, olive oil was its largest export. Known as “liquid gold” before the island was struck by phylloxera disease.

Nowadays, the amount of olive oil that is produced on the island is a fraction of what it once was.

Here are 5 of our favorites:

A popular choice of olive oil on the island known for its superior quality, slight fruitiness and ever so moderately bitter taste. Using Arberquin and Picual olives and made using a combination of modern and traditional techniques that produces an oil but by keeping it in its purest state as much as possible. The Miralles family have owned and produced Treurer oil for decades and take great care on each individual olive tree making sure they all reach harvest time in the perfect state. Nothing is spared in the production of the oil to create the highest of quality. 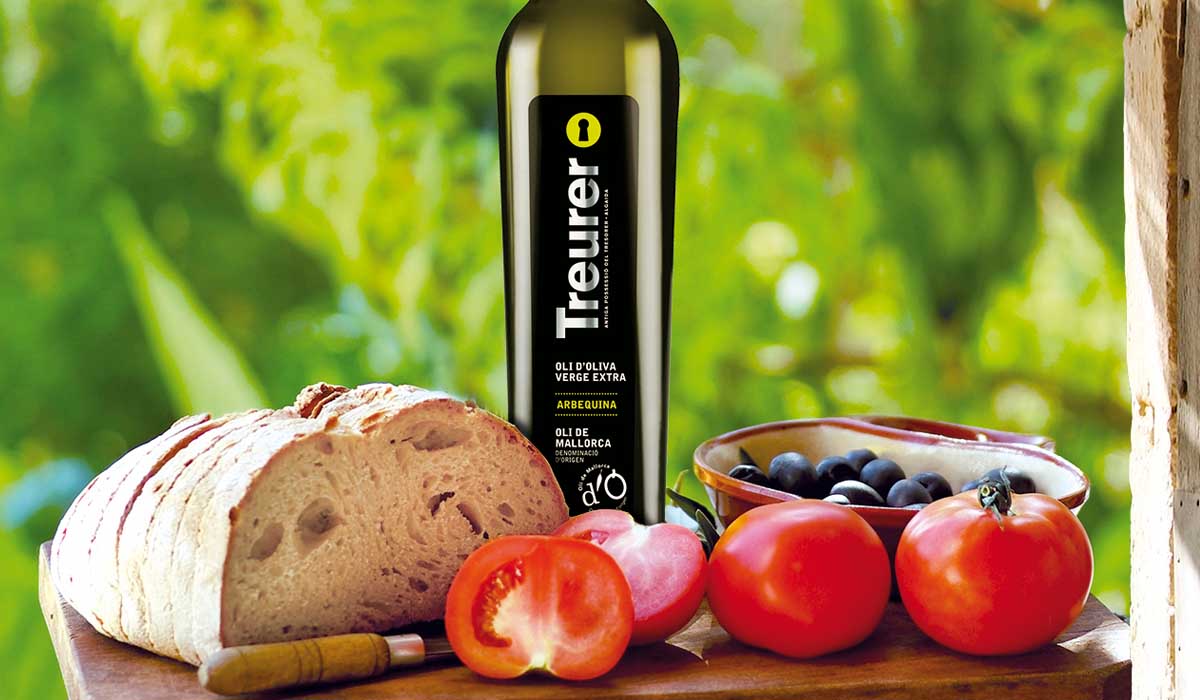 Where heritage meets farming. The olive trees at Son Morgues are the very same ones that their ancestors cropped on this large agricultural estate in Valldemossa, covering almost 1 million sqm and filled with over 10,000 olive trees. The Son Moragues oil, which is a limited edition created to commemorate the 100thanniversary of the death of Archduke Luis Salvador, is created organically using a blend of olives from the earliest crop of oldest trees on the estate and in the deepest soils to make sure it keeps its medium to high fruitiness and persistent in flavor. Extra care is taken in pruning and pampering of the trees to protect them from the Mediterranean heat. Es Roquisar is known as the classic Tramuntana oil. Also produced at the San Moragues beautiful agricultural estate in Valldemossa, made from the olives that are picked from the highest trees in the estate and grown the narrowest dry soil. The trees are cropped later that the lower ones, which gives the soil a higher acidity which then produces the special balanced flavoring of spice with almond. Its fruitiness really is one of a kind. Aubocassa oil is produced in Albocàsser, a romantic estate up in the center of the island close to Manacor. which dates back to the Twelfth Century where it has been mentioned in property documents. Exceptional landscape surrounds the estate itself hiding special parts of Mallorcan history like the secluded church and winery.

Grown in a soil that is popular for growing woody species, the Aubocasser olive oil is produced by 100% Alberquina olives to give an intense, clean and balanced flavor. The blend of citrus with fruits such as pears, peaches, apples, and kiwis as well as an almond nut finish gives it its special taste. L'amo extra virgin oil is also made in the Aubocassa estate in the Pla of Mallorca (center of the island region) and produced using a balanced blend of Arberquina and Picual olives. It has a very strong aroma that gives off a freshness of spearmint and peppermint that clear the nose.

To increase the fruitiness and freshness of the oil, the harvesting is done when the olives are still green and are ground within an hour of the picking. Sebastià Portell Bover was the master of this particular oil for 37 years, who’s tradition has been preserved and kept in honor of his hard work. A home on the Golf Course