Real Estate
Architecture
Interior Design
About us
Blog
Contact
Home> Blog > The "Day of the Dead" & its influence in design
Oct 30, 2020

The "Day of the Dead" & its influence in design

The Day of the Dead combines the European Catholic traditions of All Saints 'Day and All Souls' Day with Aztec rituals of honoring the deceased. Originating in southern Mexico more than three thousand years ago. Many years later the Spanish who arrived at its shores, attempted to stop this celebration that they couldn’t comprehend but were never able to stop the love and enthusiasm that the natives had for this day, and over time, the date has prospered and evolved. 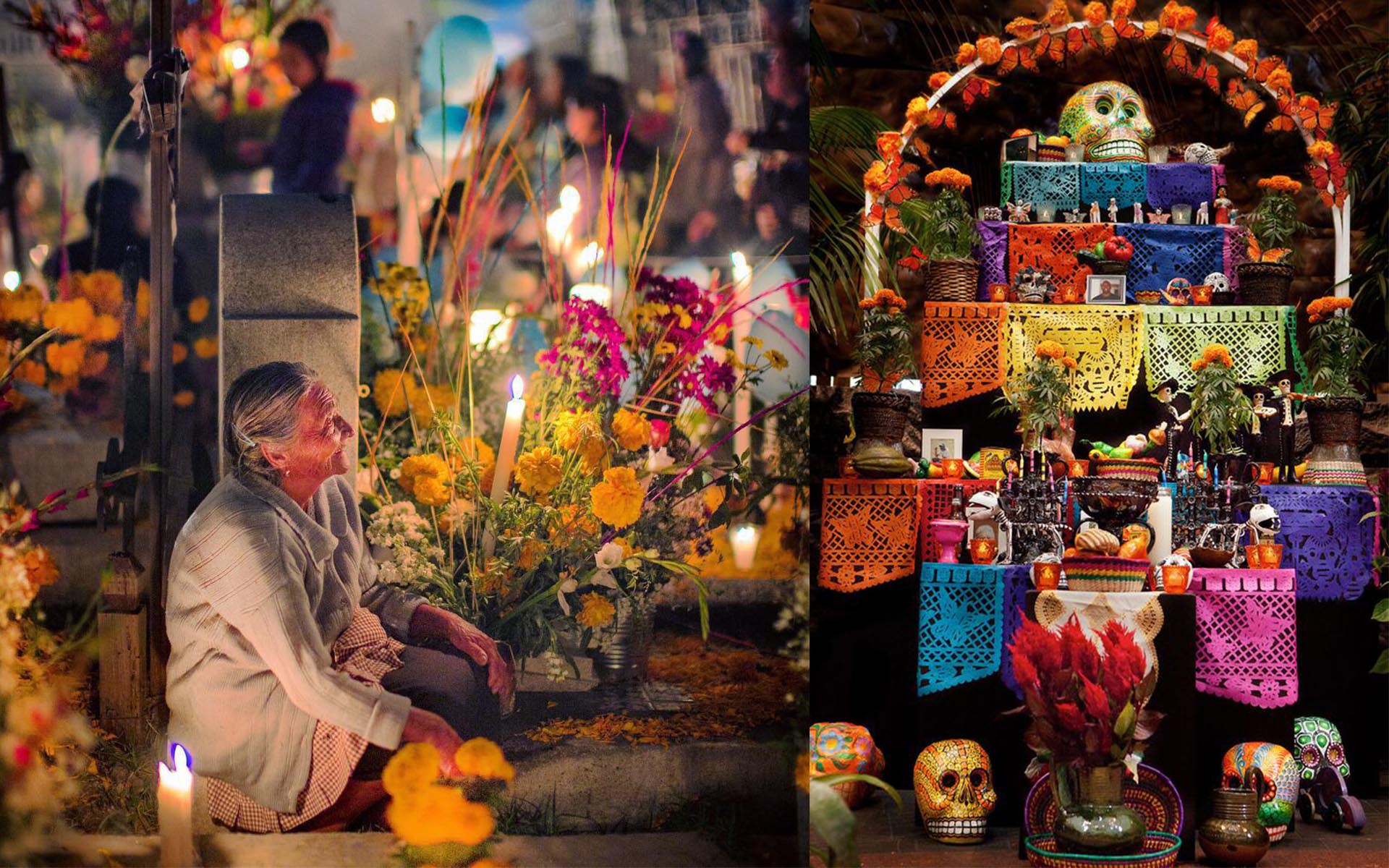 Despite the name “Day of the dead”, it is actually a day of joy, honoring the dead with fun, colour, food, sharing, and celebrations. Amongst the dressing up, musical events, dance, and various festivities is a strong creative influence. When you look into what goes into everything about the day, it takes a lot of creative minds that have evolved over thousands of years. Four elements of nature are considered at these festivities; earth, wind, water, and fire, in their various forms, embracing them into each occasion on the day.

Types of flowers are also important, colours and meanings. There are two types that are most commonly used, the “cempasúchil” or the calendula. The skull is used in all parts of the décor on the day, symbolizing the dead, which they have transformed into many beautiful creations with colour. Used on anything, clothes, masks, tablewear. The designs are usually very colourful, psychedelic, and dancing with creativity aiming to embody the energy of life. 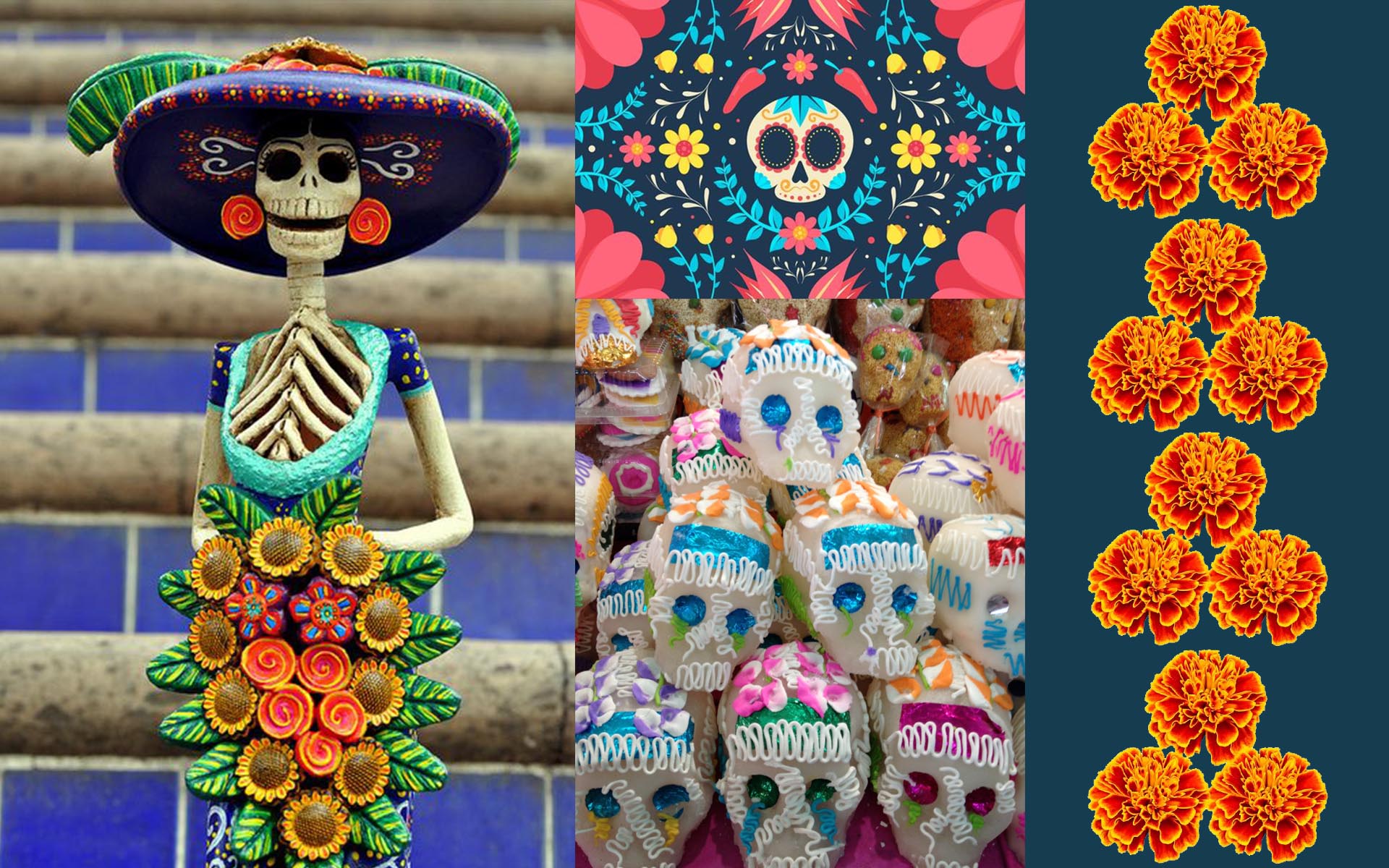 La Catrina is a skeleton woman who wears a big French-style hat on her skull created by Mexican illustrator José Guadalupe Posada, and was born as a criticism of the classism of Mexican society and shows that death comes to all of us whether we are rich or poor. It was later renamed "Catrina" by the famous muralist Diego Rivera. Today, Catrina is part of Mexico's popular culture and has become the symbol par excellence of the Day of the Dead celebration. Its popularity has been such that international brands use this image for the creation of decorative pieces.

Nowadays we are seeing how the day of the dead has taken part in interior design more and more. Inspired by the colour and decorative elements, it’s a true take on Mexican culture, being used in particular in restaurant design and even fashion design in recent years. Nike for example used “Día de los Muertos” as inspiration for a sneaker collection. Taking the main colour schemes and vibrant designs to make quite a unique sneaker that transmits Mexican influence. 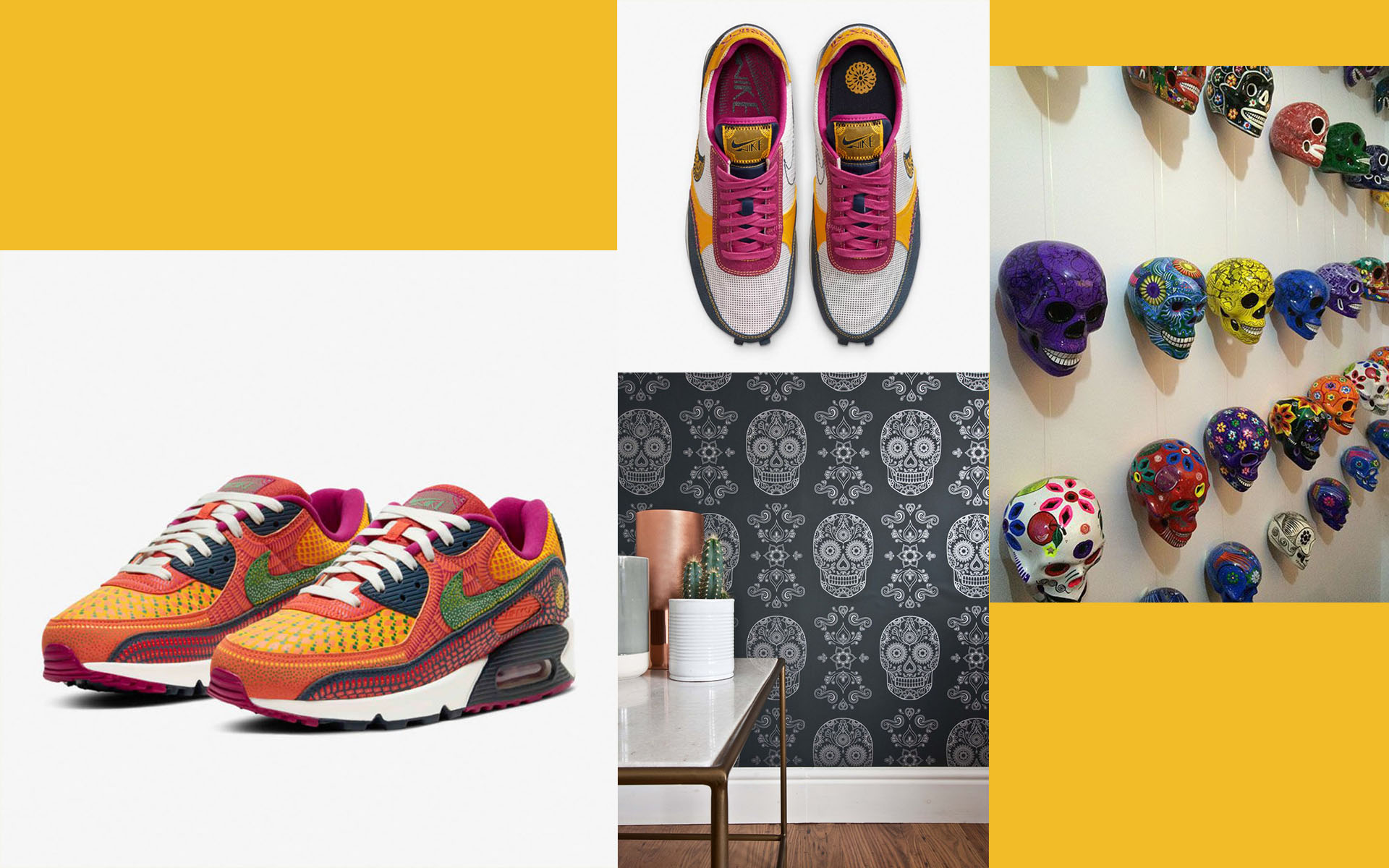 An eye-catching design inspired by the day is the Vidanta Los Cabos resort where their dining room has taken the essence of the festival and used it in every corner, from cushions, pillars to a breathtaking wall design full of colour behind the bar. Another astonishing wall design taken from the event is the restaurant Javier’s on the Las Vegas strip. A 3000-pound piece of chainsaw art that portrays the Mayan Creation myth and modern Mexican history.

Mexican celebration “Day of the dead” can be used in all sorts of design as it's flooded with culture, history, and eclecticism. Do you dare to include a touch in your home decoration? Then take a look at the Pinterest Board we've prepared for you with some ideas inspired by the Day of the Dead aesthetic!

Before & After: Petit Miracle project